The 1880 Freestone County Jail is one of several buildings located on the grounds of the Freestone County Museum and is well worth a visit. Story has it the notorious outlaw, or hero, John Wesley Harding was arrested in Florida and spent the night in the Freestone County Jail while being transported to Waco to stand trial. After leaving the jail and about 4 miles west of Fairfield, Harding killed the Sheriff and escaped. This folklore has a few holes in it; if true, Harding would have spent the night in the 1856 jail, not the 1880 jail (He was arrested in Florida in 1877). Some historians believe Hardin was never in Fairfield.

Evidence uncovered within the building has provided a snapshot of the interior as it was used as a jail. It had a wood stair located on the east side, adjacent to the Sheriff quarters on the first floor. The second floor contained modular cells placed on heavy pine flooring. It is suspected the jail contained a gallows on the second floor. Since the floor to floor height is relatively short, a recess was constructed within the first floor hall to facilitate the hanging of a tall person.

A double trap door iron gallows was salvaged from the 1913 jail (demolished 1975) and is on display at the museum. The gallows contain no manufacturer marking, however it is suspected it was purchased from Pauly Jail Manufacturing or Virginia Bridge and Iron Company. This gallows may have been relocated from the 1880 jail and incorporated into the 1913 jail as it appears to be much older than early 20th century.

The jail is said to be haunted. Various paranormal teams have ascended on the jail in recent years and it has appeared in TV shows. According toGhostlycast.com, “The different investigations have captured possible paranormal activity such as ; Class A EVPs, disembodied voices, photo and video anomalies, possible apparitions appearing in digital photographs, object manipulation, energy disturbances, EMF, K2 and Mel meter manipulation.
Several investigators from various teams have seen a shadow figure on the grounds and have given chase. This elusive figure has yet to be captured on film. 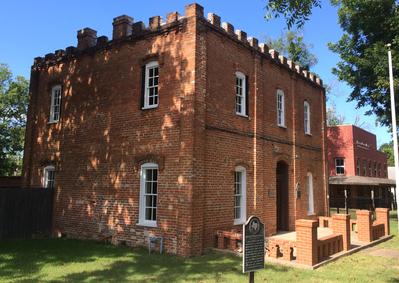 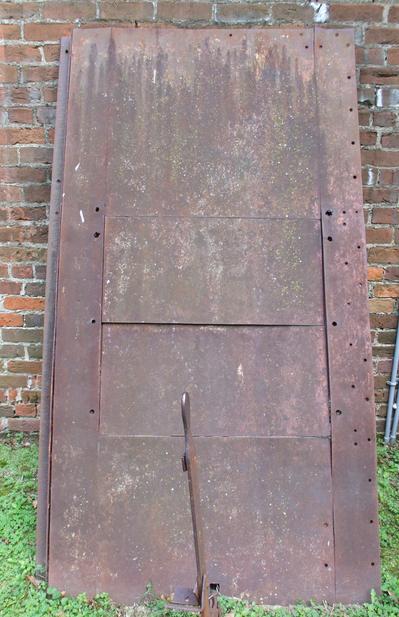