Governor Jim Hogg City Park, located in Quitman, consists of about 27 acres of wooded park, a large tabernacle, arboretum, playground and the Stinson House. The Stinson House is a colonial style, two-story farmhouse with limited Victorian detailing built around 1870. It was originally located near Winnsboro, Texas in the small community of Little Hope. In 1969, the house was cut into three sections and relocated to the park where it was reassembled.

It was the childhood home of Miss Sarah Ann Leannah Stinson, or Sallie. James Stephens Hogg, governor of Texas from 1891 to 1895, married Sallie in the house April 22, 1874. Even though the house had been dissembled, relocated and restored, it was in need of repair. Mark created a Preservation Master Plan for the building along with the Hogg Honeymoon Cottage (also located in the park). The City of Quitman operates and manages the park in downtown Quitman. 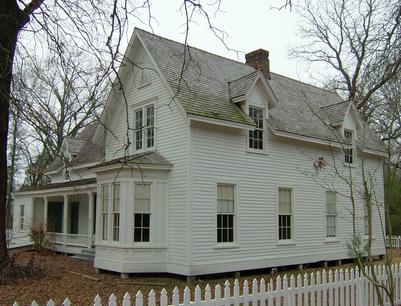