Prior to the 1870’s, jails were rather crude. Most were log construction; many were holes in the ground with a shed roof (commonly referred to as a dungeon). In addition, improvised places to store bad persons sometimes included caves, windmills, and simple stockades. After reconstruction era following the War Between the States, the 1880’s saw a surge in new permanent jail facilities.

Between the 1880’s and about 1920 many jail component manufactures offered various gallows options. Some were individual units that could be installed within a floor system, some were modular and a part of a package deal. The 1913 Leon County Jail contains a modular gallows (single trapdoor) supplied with all steel stairs, cells and furnishings.

The formal process of hanging a person was rather scientific and required a little math. The relationship of a subject’s weight to the distance of fall was important. Too much weight or fall distance would result in decapitation; not enough subject weight or fall distance, the neck would not be broken and a period of strangulation would commence.

The rope noose was as interesting as the gallows. The modular gallows came complete with an iron ring located directly over the trap door(s). The upper end of a strong rope was attached to the ring with a slip knot, a noose was created at the lower end of the rope containing thirteen coils (twelve members of the jury plus the Judge). There were many cases where a low quality rope broke between the noose and the ring, made for an interesting after party. Mark has spent a lot of time in historic jails in East Texas, fortunately not as a prisoner but as a preservation architect (and he does not stand on a trap door(s)!) 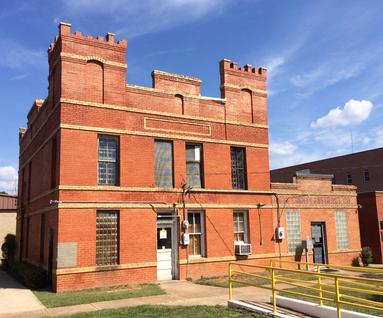 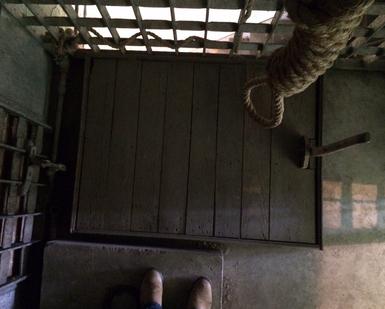