From about 1900 until the early 1930’s rural East Texas educational facilities, or “schoolhouses” began to dot the landscape in conjunction with an education reform movement. County School Systems were autonomous, participation sometimes coincided with planting/ harvesting seasons, discipline was usually strict, few had running water, many had outhouses, heat was by wood burning stove and cooling was open windows. The schoolmarm, or teacher, was frequently taken in as a boarder with local families, sometimes moving several times during the year.

These buildings were built by the surrounding community and with minimal government funds. Most were of wood frame construction, dropped pencils rolled through gaps in the floor, daylight penetrated cracks in the siding, no electricity, and roofs leaked like a sieve. They did serve a purpose, boys were educated through about the equivalent of grade 6, girls remaining beyond grade 10 sometimes served as teachers.

World War II brought about many changes, including design of educational facilities. Brick and stone began to be used to produce a longer lasting building, busses could transport students to a more central location, and architectural designs were incorporated. The abandoned early structures were then used as dance halls, storage buildings and hay barns, by the 1960’s most had fallen victim to the elements.

Fortunately the old schoolhouse located in Wheelock has survived, is alive and well, serving as a community center. Mark Thacker produced a preservation master plan for the community center, hopefully the building can serve another 100 years. The architecture of these structures was so unique it is difficult to nail down a specific style, so we will just label it Rural Educational Reform Style of the 1910’s. 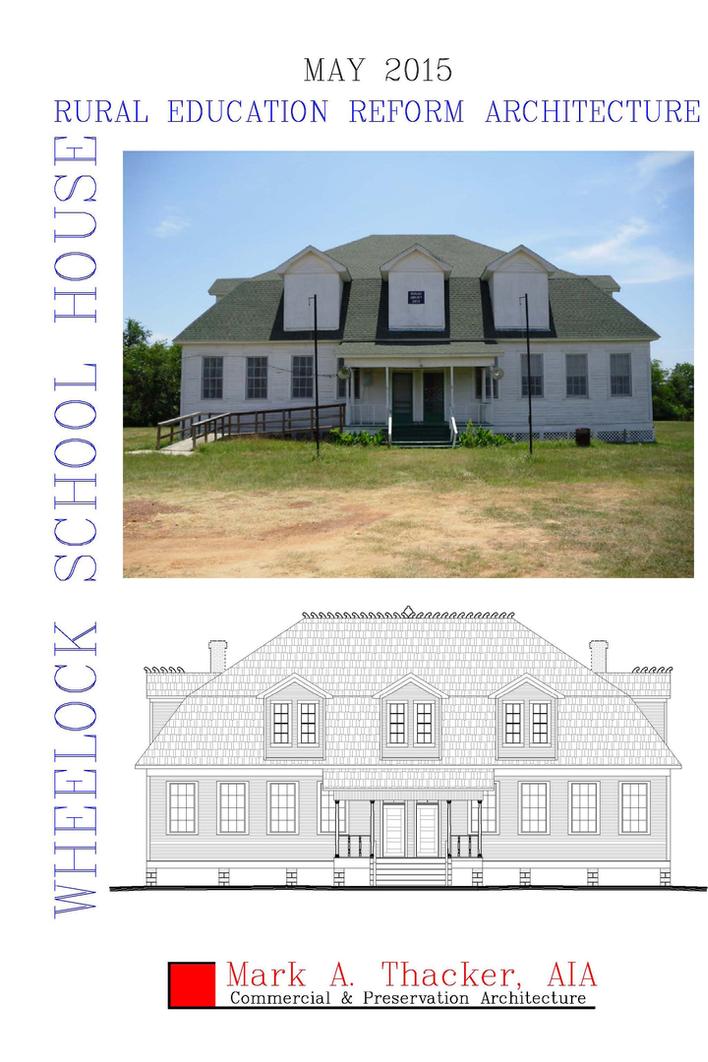