The 1881 Robertson County Courthouse designed by noted architect F.E. Ruffini of Austin, Texas.  The design was based on the Second French Empire style of architecture that was popular in the United States during the 1870's and 1880's.  Over the years the Courthouse experienced minor remodel and alterations.  The most significant remodel came in 1924 when the Courthouse roof was removed, window heights were lowered and the entire interior was modified.  The new style of 1924 was the mission style and remained until the restoration in 2014.

Mark A. Thacker, AIA was hired by Robertson County to restore the building to it's 1881 Second French Empire Design.  The entire roof was replaced, top of limestone walls altered, steel windows replaced with period wood windows and a significant amount of the interior was restored including two monumental wood staircases to replicate the original design.

The first floor contains offices for the County Auditor, County Treasurer, and a law library.  The second floor was dedicated to the County and District Attorney and their staff.  The third floor houses the new County Courtroom, County Judge's office and maintenance.

The building exterior and first floor corridor's were restored to the original 1881 appearance while other areas were remodeled. 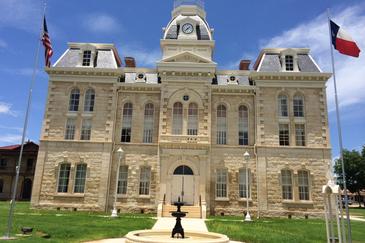 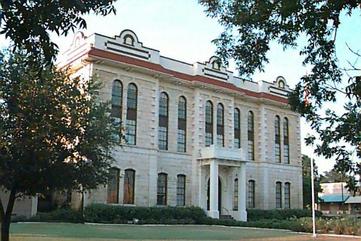 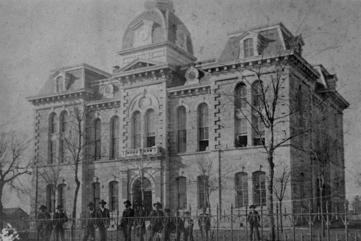